As you all know, I am a fan of Thoreau.
(hence the name of this blog)
Sorry about the absence....so much to say it got clogged.


I began this blog as a way of documenting weight loss...which I achieved...
(I have regained some...because my focus was elsewhere. But I am back on track and headed downward.)


All of them.
Based on faulty perceptions of who I was, what I wanted, how the world works....


My marriage, over the last 6 years, by necessity,  was taken apart....stripped down and is still in the process of re assembly.
It's about 60 percent there...
The funny thing.
I had to be okay with the letting go of it before it began to heal.
Because when you cling to the idea of something too hard, it gives you no room to view it from a truthful perspective.
I also had to release my friendships, re examine them and then approach them from a different angle.
I was stuck in the paradigm that for it to be love, it had to hurt.
Not consciously....
Because that was what I was taught.
I also tended to pick people who needed me to earn love or friendship.
Or friends who would 'correct' me.
Not all of them, but a great many.
And in the midst of my panic when my marriage was at it's worst..
I went and picked a job that was a mirror image of most of my other relationships.
The ones where you give and give...and people take and take..or it's all surface and no depth.


I wanted friendships like I experienced with a select few growing up....
honest, up front and loyal.
(circumstances being what they were back then...all of us in some deep shit, we had nothing but each other.. Life isn't like that here.)
But my mindset up to two or three years ago, really didn't allow it.
Although I didn't really know it.


In the middle of all this changing perspective, my childhood friend moved here from across the country.
Since she had been a stay at home mom for quite some time...and had no work experience, but was about to get her bachelors degree.
I helped her get a job at my store.
Her name was Channa.
We were tight in high school.
I would spend weekends at her house.
She was always honest and vulnerable in a way that I could not be.
I am honest intellectually.
She was honest emotionally.
It all hung out there.
She never hid anything.
When she was sad, she cried
Happy, she laughed- big.


She let you see her pain.
She let you know her opinion.
And she was a generous friend...willing to give her time and attention to her friends in a real way, not the bullshit way so many do.
Where they smile and pretend to be happy..but maybe are jealous...
She was truly happy.
She bought people little gifts to celebrate their milestones.
She was  happy when you were happy.
Sad when you were sad.
She was on your side.
She was all in.
She didn't weigh pros and cons.
If she saw you fucking up..she didn't think "live and let live'....
She told you.


And from the day she started working there, she started calling people on their bullshit.
Me included.
"Why do you allow this...why don't you say that."
Referring to breaks I never took, help and credit I had earned but never received.
Her critical narrative was irritating.
I needed a paycheck.
I needed this job.
It didn't matter how shitty the job, or how shitty the paycheck.
Little by little she was pointing out how I had once again, settled.
I had all this baggage...and all this responsibility.
I had worked my way up to a full time position with benefits.
All the while...
She was looking for another job.
In the midst of a reoccurrence of her symptoms of epilepsy...drug changes that made her ill and unable to eat...a big military move.


And she kept pounding away. Sending 15 resumes out a day, between doctors appointments and throwing up and taking care of her husband and her son.


In between all this, she was reminding me, always reminding me, of the one place I didn't want to think about.
She would say things like..".We came up hard, we are tough, we can take it."
And I would say to myself..."Yeah, why do you think I left."
I left and never looked back.
I wanted normal.
Sedate.
average.
I wanted a life well tended, carefully manicured..


We hung out...looking over old photos.
And I began to remember the old me.
Who never cared about my couch, my clothes or other people's perceptions.
I used to do what I was passionate about.
In high school, that was art.
Now.
It was this idea of helping women overcome their obstacles to achieving the life they desired.
My husband and I had long since settled our differences over a multitude of issues.
I had paid my college loan.
Now I was stalling.
saying things to myself like..
."after we get a new roof'.
or..
"after we get some new carpeting..."


I have always prided myself on my pragmatism.
Cowardice often masquerades as pragmatism.


The last time I saw Channa was October 22nd, 2015...a job opportunity did not work out...and she wanted to rescind her two weeks notice.  I called my boss, and we got that taken care of...she hugged me and said, "See you next week."


Then on October 25th, 2015.
I received a text from Brian.
Channa's husband.
She had a seizure in the bathtub and drowned.
She was 42.


Here is the bottom of my chicken coop.
I have been afraid my whole life, of making foolish decisions.
Of being like my mother.
When I left, I thought I left the old me behind.
To build a new me.
That's what I thought weight loss was about.
It wasn't.
I was about looking at the old me and honoring that, and now adding to what was true.
Now I know what was true....and is true.
I did come up hard, and it taught me compassion.
It also gave me my honesty, and my perseverance.
Now, from Channa, I take my fearlessness.
I am  building my existence on a foundation of steel.
I tell you what.
Looking at my friend in her casket....knowing that right up till the end..she never gave in.
All her life she fought an uphill battle..
Childhood abuse, epilepsy, an abusive first marriage...which she left with no money and a one year old daughter.
She was honest and funny and brave.
and fearless.
She didn't need a new outfit for a new endeavor.
And neither do I.
She was herself..and world molded itself around her or it could fuck off.
Looking at her lying there....
And I was simply done.
Done waiting. Done settling.
Five months to the day that she died...I had my last day at my job.


I have very little extra money.
But I have enough to take care of the basics.
I take my spending money and use it to buy a membership at empower training.
I have already participated in a self defense domestic violence seminar.
And tomorrow...
Wearing the clothing I have in my possession.
The body I have in my possession.
I start my first day of training at Tessa.
our local domestic violence prevention program.
Because the only way to begin is to begin.
Sometimes it's just quitting what you know you don't want...
and as clumsily and haphazardly as you can imagine...
beginning.
I'm done fearing failure...
better to try and fail..
than fail to begin.
Because you think to begin is to require a whole new you..
when beginning is what creates it.
There is no flip of a switch.
There is no magic but what you make.


And your world will never change unless you change it.
I'm all in from here on out.
Chris 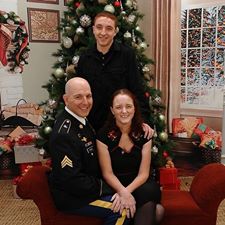 You are enormously brave, and Channa would be proud.

Thank you for posting this. I'm so sorry for the loss of your friend.

RIP Channa and all the best to you. I've missed your blog and I hope you will blog again.

So sorry for your loss of such a wonderful friend. They are rare indeed. Thanks for sharing with such honesty. You hit the nail on the head, and uncovered all the stuff we hide from others and ourselves. I think you have put me on a different track...one I have been avoiding for some time. I'll be waiting for more posts, if you see fit to write more. Heck...I may even start blogging again myself without trying to please what I called the "in group of weight loss bloggers." My best to you, Chris...


Your bravery to be authentic inspires me today. Grateful. You write so beautifully.
So sorry for your loss of Channa and my condolences to her family too.
"Oft we entertain angels unaware.."

I will be writing once a week. I look forward to reading more from both you guys as well. Thank you/

I'm so glad to see you back! Sad about your friend but proud that you are letting her words and encouragement count in your life. Your transformation is all grit and hard work. Go you!!!!